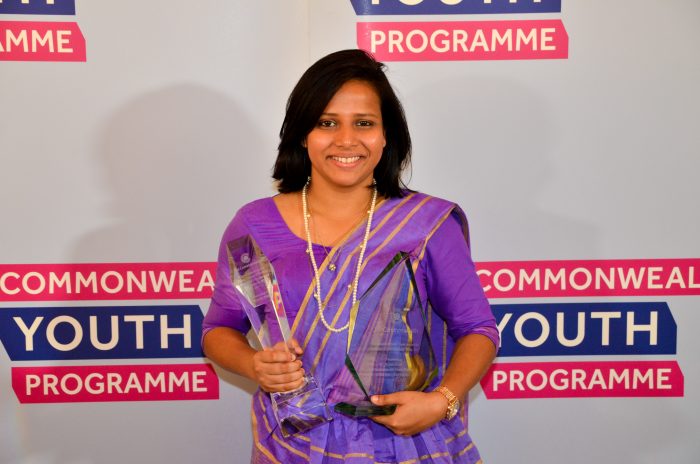 Our very own Krystle Reid, Co-Founder of Enable Lanka Foundation has been named Commonwealth Young Person of the Year 2017. The award ceremony was held on 15 March 2017.

The Commonwealth Youth Awards for Excellence in Development Work celebrate young people from Asia, the Pacific, the Caribbean and Americas, Africa and Europe who have had a significant impact on people and communities in their country or region. The awards, presented to Commonwealth citizens aged 15–29, showcase the work of outstanding young people who are leading initiatives ranging from poverty alleviation to peace building, promoting and enhancing democracy and development. The awards demonstrate to leaders and other policy makers the importance of young people’s role in national development. The awards also serve to inspire other young people to take action in their communities.